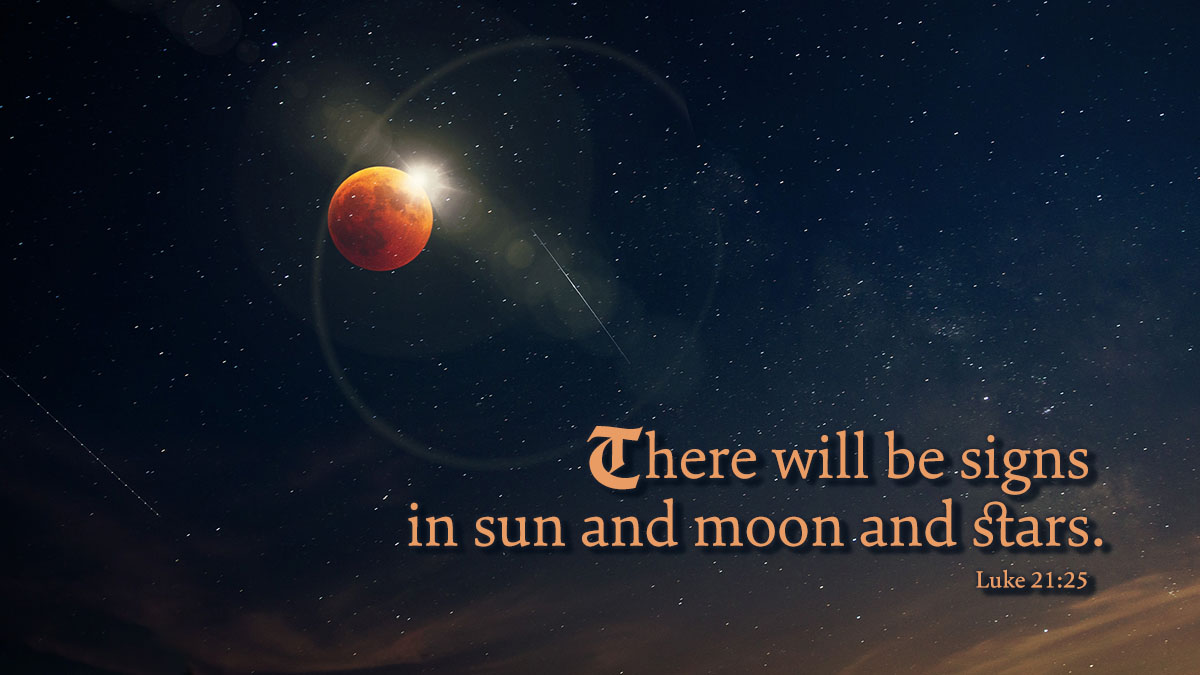 25 “And there will be signs in sun and moon and stars, and upon the earth distress of nations in perplexity at the roaring of the sea and the waves, 26 men fainting with fear and with foreboding of what is coming on the world; for the powers of the heavens will be shaken. 27 And then they will see the Son of man coming in a cloud with power and great glory. 28 Now when these things begin to take place, look up and raise your heads, because your redemption is drawing near.”

The signs preceding the judgment day are many and great. They will all be fulfilled, even though none or very few men take note of or esteem them as such. Two things must take place according to the Word and prophecy of Christ and the apostles: first, many and great signs will be made manifest; second, the last day will come unawares; the world will not expect it, even though that day be at the door. Though men see those signs and be told that they are signs of the last day, still they will not believe. Some, indeed, will see it and it will be those who least expect it. That there will be such security and indifference among men we prove from the words of Christ and the apostles. Christ says: “Take heed to yourselves, lest haply your hearts be overcharged with surfeiting, and drunkenness, and cares of this life, and that day come on you suddenly as a snare, for so shall it come upon all them that dwell on the face of the earth.”

From these words it is clear that men in great measure will give themselves over to surfeiting and drunkenness and the cares of this life, and that, drowned as it were in these things, they will rest secure and continue to dwell on the earth as if the dreadful day were far away. For were there no such security and heedlessness, that day would not break in unawares. But he says it will come as a snare by which birds and beasts are caught at a time when most concerned about their food and least expecting to be entrapped. In this figure he gives us clearly to understand that the world will continue its carousing, eating and drinking, building and planting, and diligently seeking after earthly things, and will look upon the day of judgment as yet a thousand and more years off, when, in the twinkling of an eye, they may stand before the terrible judgment bar of God. Whatever other signs may appear before Christ’s coming, I know that, according to Christ’s words, surfeiting and drunkenness, building and planting, buying and selling, marrying and giving in marriage and other cares of this life will be in evidence.

Luther, Martin, and John Sander. Devotional Readings from Luther’s Works for Every Day of the Year. Augustana Book Concern, 1915, pp. 418–19.