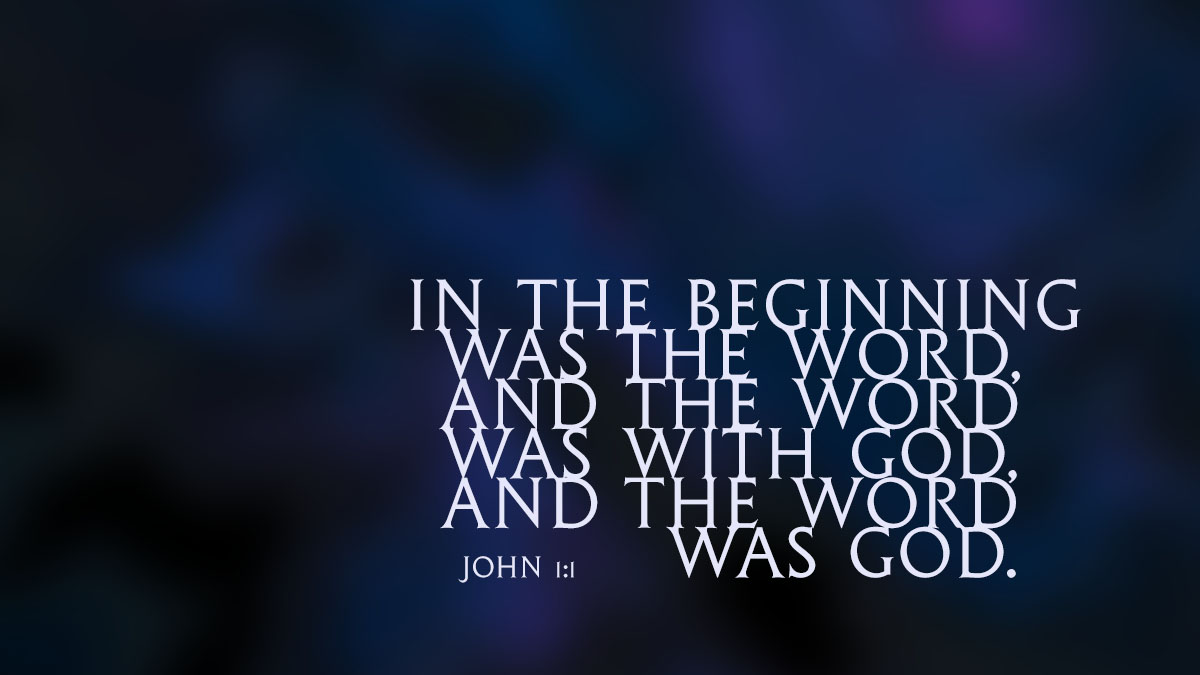 That this gospel may be more easily understood, we must go back to the passages of the Old Testament upon which it is founded, namely, the beginning of the first chapter of Genesis. “In the beginning God created the heavens and the earth; and God said, Let there be light; and God said, Let there be a firmament; and God said, Let there be sun, moon and stars.” From these words of Moses it is clearly proved that God has a Word, through which or by means of which he spoke, before anything was created; and this Word cannot be anything that was created, since all things were created through this divine utterance. The Word must therefore have preceded the light, since light came by the Word; consequently it was also before all creatures, which also came by the Word, as Moses writes.

If the Word preceded all creatures, and all creatures came by the Word and were created by it, the Word must be a different being than a creature, and was not made or created like a creature. When all things began it was already there, and cannot be confined to time nor to creation; rather time and creation are made and have their beginning through it. Thus whatever is not temporal must be eternal; that which has no beginning cannot be temporal; that which is not a creature must be God. Besides God and his creatures there is nothing. Hence the Word of God, which was in the beginning and through which all things were made and spoken, must be God eternal and not a creature.

Again, the Word and he that speaks it are not one person; for it is not possible that the speaker is himself the Word. What sort of speaker would he be who is himself the Word? But Scripture here speaks in strong, lucid words: “God said.” Thus God and his Word must be two distinct things. Thus the words of Moses show conclusively that there are two persons in the Godhead from eternity, before all creatures, that the one has his existence from the other, and the first has his existence from nothing but himself. Yet the Scriptures firmly maintain that there is only one God. Thus there must be two persons in the Godhead and yet be one God.