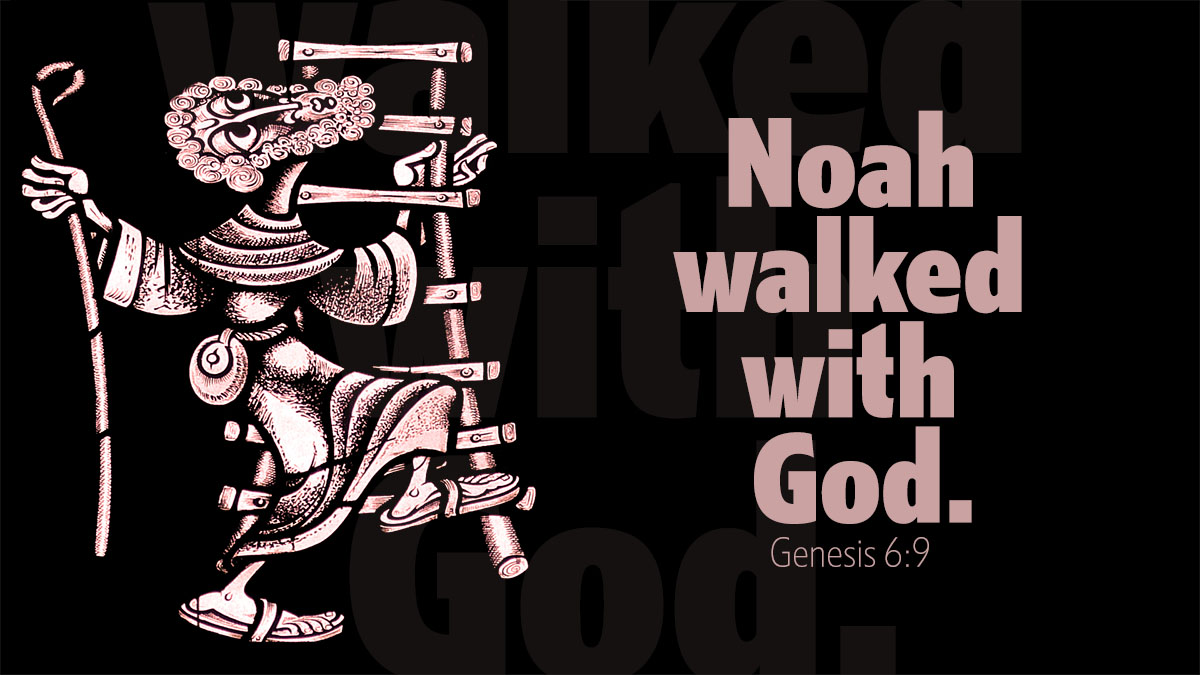 8 But Noah found favor in the eyes of the LORD. 9 These are the generations of Noah. Noah was a righteous man, blameless in his generation; Noah walked with God. 10 And Noah had three sons, Shem, Ham, and Japheth.

Noah is called “just” because of his faith in God, because he first believed the general promise with respect to the seed of the woman and then also the particular one respecting the destruction of the world through the flood and the saving of his own offspring. On the other hand he is called “perfect” (“upright”) because he walked in the fear of God and conscientiously avoided murder and other sins with which the wicked polluted themselves in defiance of conscience. Nor did he permit himself to be moved by the frequent offenses of men most illustrious, wise, and apparently holy.

Great was his courage. Today it appears to us impossible that one man should oppose himself to all mankind, condemning them as evil, while they despise the Church and God’s Word and worship, and maintain that he alone is a son of God and acceptable to him, therefore, is a marvelous man, and Moses commends this same greatness of mind when he plainly adds “in his generations,” or “in his age,” as if he desired to say that his age was, indeed, the most wicked and corrupt.

In the history of Enoch we explained what it means to “walk with God,” namely, to advocate the cause of God in public. To be just and upright bespeaks private virtue, but to walk with God is something public — to advocate the cause of God before the world, to wield his Word, to teach his worship. Noah was not only just and holy for himself, but he was also a confessor; he taught others the promises and threats of God, and performed and suffered all that behooves a public personage in an age so exceedingly wicked and corrupt.

Peter beautifully sets forth what it means to walk with God when he calls Noah a preacher, not of the righteousness of man, but of God — the righteousness which comes by faith in the promised seed. What reward Noah received from the ungodly for his message Moses does not indicate. The statement is sufficient that he preached righteousness, that he taught the true worship of God while the whole earth opposed him. What a noble example of patience and other virtues Noah is, who was just and irreproachable in that ungodly generation and walked with God.

Luther, Martin, and John Sander. Devotional Readings from Luther’s Works for Every Day of the Year. Augustana Book Concern, 1915, pp. 270–71.